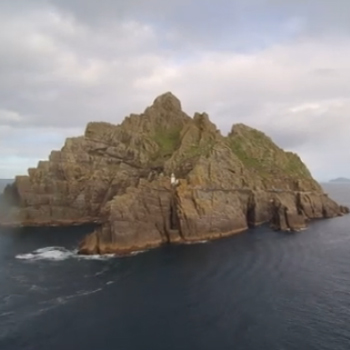 There are 618 steps leading up to the monastery ascending over 600 ft. (180 metres) and more linking three landing places on the west, south and east of the island. Considerable effort and preparation went into the construction of these steps. At first the stone was quarried, by hand, at a location known as ‘Christ’s Saddle’, at the pinnacle of the island. The stone was then transported to its building point, where each step was constructed measuring a rise of 7 inches high, and is a monument in its own right. The settlement, consists of six beehive huts, two boat shaped oratories, a monks’graveyard, a garden, with retaining walls. A technique known as corbelling was used to construct the buildings in which rising layers of stone were laid, each projecting slightly inwards, forming the beehive shape on completion of the structure.

The Skellig Islands are beautiful and unique islands that many have compared them to nowhere.

As a result of this prestigious honour, thousands of visitors descend on the Skelligs every year.

“I hardly feel real again … I tell you, the thing does not belong to any world that you and I have lived and worked in: It is part of our dream world.” 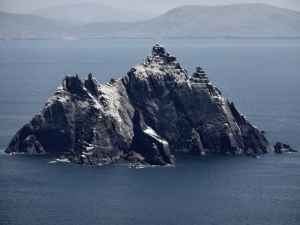 The smaller of the two islands is Little Skellig . It is closed to the public, and as well as being Ireland’s largest northern gannet ) colony with almost 30,000 pairs. It is also one of the world’s largest, and is of international importance. The island is 134 m tall and is approximately 1.5 km east-north-east of Skellig Michael.

Skellig Michael as a film location

More in depth information about The Skellig Islands, its history, birdlife and use as a film location can be found at www.skelligmichaeltours.ie/contact-us/

Birds on the Skellig Islands.

There is a fantastic wealth of bird life on and around the Skellig Islands, especially puffins in late spring and gannets on the small Skellig where 23,000 pairs nest on every available ledge making it the second largest gannet colony in the world.

The Puffins scientific name: Fratercula arctica. They are also known as the “clowns of the sea” or “sea parrots”. The Puffin is colourful and playful character and has the most beautiful markings and is the one that visitors want to see when they visit the islands. There are many breeding pairs that visit the island each year after year, they can be seen from April to the end of July when they leave the island until the following years breeding season.

The Gannet,scientific name the Morus. The Gannets are black and white in colour with yellow heads and long pointed wings and long bills.The gannet is Ireland’s largest sea bird with a wing span of two metres. Little Skellig is the home to some 30,000 pairs of these beautiful birds.

The Manx Shearwater, scientific name Puffinus puffinus. This bird is 30–38 cm long, with a 76–89 cm wingspan. It has the typically “shearing” flight of the genus, dipping from side to side on stiff wings with few wingbeats, the wingtips almost touching the water.

Other birds also found on or around the Skellig Islands are , Cormorant, Black Guillimot, Guillimot, Fulmar and Herring Gull. 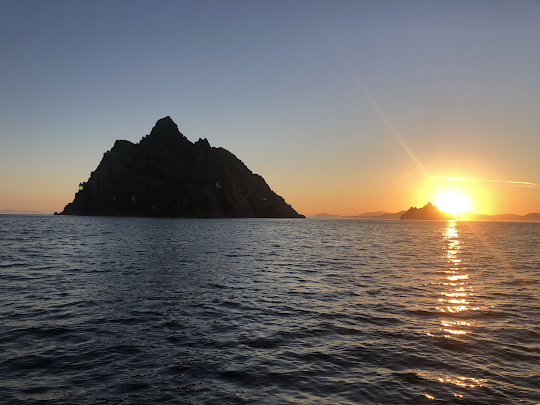